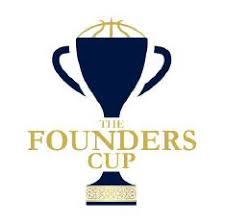 Red Bank Catholic will host Christian Brothers Academy in a regular season basketball game for the 3rd annual Founders Cup on Saturday, February 15th 2020 at 1pm in the Eck Center.  This matchup began in 2017 at CBA and launched “The Founders Cup,” celebrating the unique bond between our two schools.

This bond began nearly 60 years ago when Christian Brothers Academy first opened, and has gone far beyond the close proximity in driving distance. In fact, Monsignor Emmet Monahan graciously opened the doors of RBC to allow CBA students to take the school’s first Placement Test here in the fall of 1959.

Both schools have stood at the forefront of Catholic secondary education in the greater Jersey Shore area since they were founded.  The new basketball series between the Caseys and the Colts unveiled The Founders Cup, which pays tribute to the Catholic history of both schools. RBC and CBA are deeply rooted in tradition that dates back centuries. The Venerable Mother Catherine McAuley formed the Sisters of Mercy in the 1800’s, while St. John Baptist De La Salle, the patron saint of teachers, founded the Brothers of the Christian Schools in the 1600’s. Both schools incorporate their patron’s teachings in the classroom to this day.

The Founders Cup, which will be presented to the winning team, takes primary colors from each school, the gold of RBC and the navy blue of CBA. The combination of the two colors delivers a simple, yet important message: while RBC and CBA will remain rivals on the basketball court, the two schools share a unique friendship and are continued partners in advancing the mission of Catholic education. 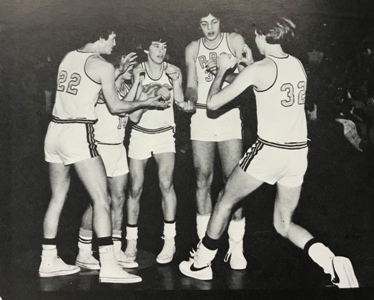 Tickets will go on sale Wednesday February 12th at 9:00am in the RBC Athletic Office.  The cost is $5 for adults and students.

There are a limited number of tickets available for the game.