If last season could be categorized as a rebuilding year for Red Bank Catholic when the team finished 4-2, this season could be branded as a breakout year, because things are definitely looking up.

Second-year head coach Mike Lange will carry a roster of 85 kids with 15 seniors on it as the Caseys navigate a very difficult schedule that features Timber Creek, Wall, Manasquan and Rumson-Fair Haven.

The Caseys will employ the spread as their base offense and the 4-3 as their base defense as they seek their fifth straight season with a record better than .500.

The Caseys will also get a big boost at some key positions, according to Lange, with the additions of Mater Dei Prep transfers such as senior quarterback Alex Brown, senior running back Ra’Jahn Cooper and junior offensive lineman Ashton Mejias.

Brown has committed to Bucknell University and Lange said Cooper "has Patriot League interest. All three kids Brown, Cooper and Mejias are plug in and play type of kids for us.”

The Caseys have been one of the better football programs in the Shore Conference over the last decade. The most memorable team might be the 2014 squad that went 11-1 and captured its first state title since 1976 and that same squad scored a then Shore Conference record 543 points that season. Red Bank Catholic’s last NJSIAA playoff appearance was in 2019 as the No. 2 seed in the Non-Public Group 3 playoffs. They fell to No. 3 seed Mater Dei Prep, 10-3.

The Caseys have a large roster, they have some talented transfers but overall the team is still young so it will be a "blending process" for everyone involved.

“My biggest question is how do we ramp this up and mature as the same time?” Lange said. “We’ll have to see how the kids that played as sophomores and juniors in an abbreviated season (in 2020) do this season.”

The Caseys are trying something new this season. They are playing in the WJFCA Battle at the Beach showcase on August 28 against South Jersey stalwart Timber Creek. It was an out of Shore Conference experience that Lange wanted to try in 2020 but COVID-19 made that season too hectic already. So, the green light was given for it this season.

That game just adds to an already tough schedule but that’s how Lange wants it.

“Our kids expect great competition when they come to Red Bank Catholic,” Lange said. “I’ve told them to avoid the noise of everything else and just focus on that first game against Timber Creek. We’re going to have a challenge every week and we want to take it week-by-week.” 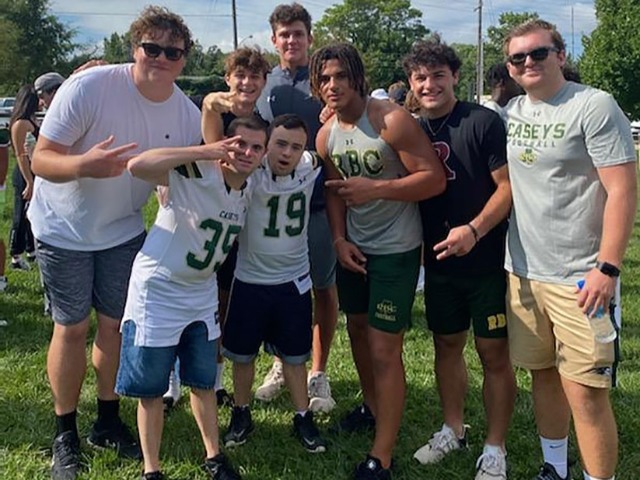